5 things to know Before Going to Athens

Before booking your trip to Hellas, find out what we wish we had known before getting off the plane.

From island-hopping to planning your time in Athens to day-tripping, discover what to do (and let’s be honest, more importantly, what not to do) on your next trip to Greece.

A lot of travelers consider Athens as the gateway to the Greek Isles — but this capital city offers so, so much more!

While it’s clear why Greece’s islands are a magnet for travelers, Athens is often overlooked. It has a rep for being dirty, noisy, and crowded. (Sound like anywhere else you’ve been? Would crowds and noise ever stop you from visiting New York City or Milan?)

Yet, Athens is so much more than the sum of its parts. The locals are warm and hospitable. There are plenty of hole-in-the-wall eateries that aren’t overflowing with tourists, and the photo ops of the city (especially those including the Acropolis) are stunning.

1. Add a few islands to your itinerary

Just as a trip to Greece without a few days in Athens would be a crime, skipping out on the surrounding islands is an absolute faux pas, too.

Imagine any trip to Greece where you wouldn’t get to pretend that you’re Jackie-O for the day!

Greece is surrounded by an archipelago of islands. And while most of these islands are dotted with white stucco structures (that’s Santorini white!), each island has its own vibe.

The island of Corfu is known for its nightclubs and party vibe, and islands like Kathos and Lemnos are known for their chill ambiance. Santorini has a bit of everything, though this island has become one of the most touristy in the country.

2. Take advantage of nearby Turkey

Turkey is a mere train ride away from Greece and has its own unique personality.

There is an overnight train from Thessaloniki to Istanbul, though flights from Athens to Istanbul leave several times a day and are only 90 minutes long. Several ferries run between the Greek and Turkish islands as well.

​​Selçuk (a ferry ride from Greece) is where you’ll find the House of the Virgin Mary as well as the Temple of Artemis.

Pretty much every country in the Mediterranean is going to be packed with vacationers during the summer months.

August, in particular, can be quite crowded on the islands, as many locals head there to vacation during this month. This means that many shops and restaurants are also closed on the mainland, as most of the owners are off relaxin’ themselves.

September is a great month to visit any tourist destination, as children in more than a dozen European countries head back to school on the first of this month.

May and June are also great months to travel to Athens, as the school season doesn’t end until July in many European countries. Spring break often attracts families and partygoers, so waiting until May might be your best bet if you want to avoid the crowds.

Travel by way of planes, trains, and ferries

If you’re planning on traveling to other mainland destinations from Athens, take the train.

If you’re planning on heading to the islands, try to book at least one ferry trip. Sailing along the Agean Sea by ferry is a breathtaking experience. It’s also easy to island-hop by ferry if you’re planning on visiting a few nearby destinations. For the best rates on ferries, hit up Ferry Hopper.

While the ferry is a popular mode of transportation between islands, it may not be the best way to travel to every island. For example, it may take up to 17 hours to reach the island of Crete by ferry (the fastest option is the high-speed ferry that takes just over six hours) from Athens. Flying from Athens to Crete takes just under an hour.

If you’re spending a month in Greece, by all means — take the ferry. But if you don’t want to spend an entire day or night on a boat, consider booking a flight instead.

You’ll see signs all over Greece begging — pleading — you not to throw anything into the toilet.

We get it. If you’ve grown up in a country where disposing of toilet paper in the toilet is common (we’re looking at you, U.S. and Canada!), this is a hard habit to break.

Just try to avoid doing so at all costs while you’re visiting Greece. It’s not just the Acropolis that’s old here. And though the plumbing may not be as old as the Parthenon, the pipes aren’t as large as the ones in other areas of the world.

While we’re on the subject of toilets, you may encounter a squat toilet while you’re here (basically, toilets that look like big holes in the ground). These are more common in rural areas or in public parks. Squat toilets are a little intimidating at first, though by the time you’re on the flight home, you’ll have mastered them.

Taxis in touristy areas have a bad rep — though this situation has improved since smartphones were invented.

Ask the taxi driver to quote you a price (the airport to Downtown is usually a flat rate) and make sure the meter starts when your journey does.

Uber Taxi is the only available rideshare in Greece, and prices are comparable to regular taxi prices. Yet, at least you’ll have a record of the route your driver chose for your journey.

You may want to print out your addresses or show them to your driver on your smartphone (Greek has a different alphabet than English, so sounding out words isn’t always possible).

Unless your destination is the Acropolis — pretty much everyone knows how to get to that one.

Wander’s locals in Greece have the most accurate, affordable and authentic recommendations. Our daily itineraries will take you to all the best spots and restaurants. Chat with our locals for instant recommendations. Learn more on our website. 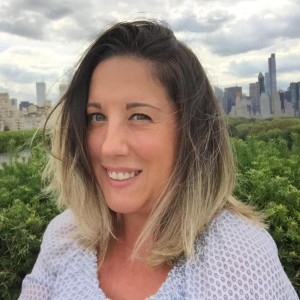